>After some serious listening to ‘Forgiveness Rock Record,’ I’ve been giving some consideration as to why I was not feeling their gig at the Island a couple of weekends ago.

First – a good chunk of their set was drawn from the new album. Their opener was, at the time, the only song I really, really loved. Now, I can say I like a bit more.

Secondly – I have seen them so many times, it’s like rewatching a movie. Every detail no longer matters. I must’ve heard “Meet Me in the Basement” three or four times before, and now it has finally appeared on the new album!

>Very much a Kevin Drew song, “Sweetest Kill” is my new anthem. I gave this album a lot of flack when it came out, but I’m completely in love with this song. I like the heartbeating bass line.

It also reminds me a bunch of the bass line in “If You Leave,” I like the Nada Surf version a bunch more than the original.

>As much as I am embarassed to say, The OC was an important part of my teenage years. It served to be my emotional outlet as well as my source for music (The OC soundtrack 2, is still near my heart). I believe it was on that album that Johnathan Rice’s song “So Sweet” was featured on it. That was the first time I met the guy.

A few songs that stuck out to me off of ‘Trouble is Real’:

Interestingly, I read an interview where Ben Gibbard said that a conversation with Johnathan Rice inspired the song “Grapevine Fires” off of ‘Narrow Stairs’.

I am extremely excited for their upcoming project titled Jenny and Johnny. I can’t say I’m not surprised, Lewis seems to keep reinventing herself year after year. It seems that with every new reinvention, she comes out with something really different from anything she’s done before.

I was really thrown back by her return to Rilo Kiley with the flop ‘Under the Blacklight’. Don’t get me wrong, the album is fun to hear live and sing at the top of your lungs with a good friend, but it’s garbage for a serious listen. I think Rilo Kiley would have been better off to end their stint with ‘More Adventurous’ (2004). I however, probably wouldnt’ve been able to see them the times I did.

With Jenny and Johnny, I anticipate a folk-country sound that sounds a bunch like the album ‘Further North’. I’m really hoping they make their way to Toronto to support the record.

They warn on the website that “This is not a Rilo Kiley record, a Jenny Lewis record, or a Johnathan Rice record. This is Jenny and Johnny. They’re having fun now, and they want you to, too.” Very cute.

The album art is fantastic: 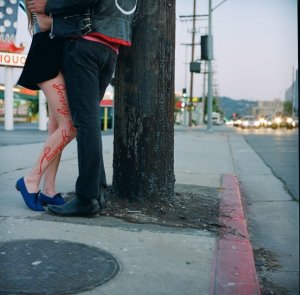 Reminds me a bit of:

You may also remember him from his appearance in the film ‘Walk the Line’ where he played Roy Orbison in a few scenes:

Jim with Jenny and Johnathan!!!

>Under the Blacklight is a terrible album. I spent a great amount of time trying to convince myself otherwise. 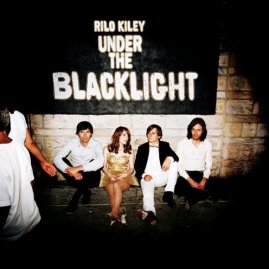 >I feel completely uninspired right now. I am in Mississauga, safe and away from the G20 protesters.

I think civil society uprise is very important to an extent. It however is an issue when it gets in the way of people’s accessibility to jobs, transportation and housing. Additionally, when it resorts to vandalism and violence.

So, thank you G20 protesters, you’ve made my evening.

On the upside – I can’t get enough of Bahamas, a much more pleasant feel than the sticky G20 mess.

>He spills it all – explaining why he did what he did, the way he did it.

Four years later we know what it’s all about. Kevin Drew however keeps me on edge, as he is incredibly sloppy and spontaneous. I don’t know how many times I have told people of my experience seeing Kevin Drew at Lee’s, but this video captures that moment perfectly. At the beginning of his set, Drew bought everyone in the sold out venue a shot, that’s 600 shots!

>So, as guessed by the dead giveaway trailer, the Bruce MacDonald film ‘This Movie is Broken,’ is filled with angst and young love.

They really emphasised good friends and music… At the very end of the film and the performance they all linked together and sang “You’ve Got a Friend” originally done by Carole King on her perfect album ‘Tapestry.’

“You just call out my name, you know i’ll come running to see you again” was featured I think… Drew likes to end on a sappy note, he even penned a song to mirror this sort of feeling. The band similarly ended with the lines by Drew himself – “It’s gonna be really hard to get to the end… and Don’t forget what you felt” in the tune “When it Begins” off of his album ‘Spirit If…’

>For the last two years or so, I’ve come to realise that Jack Johnson is something to be embarassed about liking. It all started when I was at a new friends house and his roommate made an impression of Johnson. It was loose guitar chords and floppy tropical lyrics to follow. All in good fun, I laughed along with my new friends.

In my defense, I haven’t really dug into new Jack Johnson material since his release of ‘In Between Dreams’ in 2005. I had an amazing time at the follow-up concert, I was in the general admission bit of the Molson Ampitheatre and I felt like I was seeing him at a tiny venue, very intimate.

I was at the Silver Dollar last night to see Crazy Strings and for some good company. I got to talking to someone about guilty pleasures with someone. I declared I secretly liked Kelly Clarkson (which I do…) and he followed mine up with his appreciation for Jack Johnson.

So, in my two run-ins with Jack Johnson in my recent past – the consensus is that it’s NOT okay to like Jack Johnson. Fair enough.

But for all my loyal readers… I am going to see Jack Johnson with my parents in July. I’m pretty excited to see G. Love with him at to hear “Rodeo Clowns” as it was intended to sound like.