Hot news in Garbage in Toronto these days is the privitisation of waste management in Toronto.

I’m not completely swayed that this is a bad thing, but with Rob Ford’s records on issues concerning the environment, I’m getting a little wry.

Maybe another strike’s on the way…

This is a fabulous article put together by the The Environmental Alliance (TEA) for a digestible summary of what’s been going on in the last few weeks.

>Have we all forgotten about Beirut? It’s been a while since Zach Condon has released anything, but I still have high faith in him. He’s a musical prodigy and I’m looking forward to seeing him again August 2 at the Phoenix. They’ve very wonderfully made a second show at the same venue rather than upgrading to a larger one.

I have these moments when I listen to Beirut where I have to remind myself how young Condon is. When he released Gulag Orkester he was only twenty!!

And twenty one with the release of the very gorgeous The Flying Cup Club: 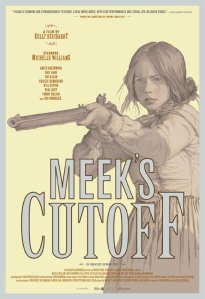 >I first dipped into Sondre Lerche about seven years ago when I was leaving through the clearance stock at the old record store I used to work at. The Don`t Be Shallow EP was only five dollars, a total steal!

I picked it up initially because I thought he was a total babe!

Well, nearly seven years later, I have had each and every one of his releases and have had the pleasure of seeing him three times. He`s playing a gig in Toronto on Tuesday and I can`t seem to shake the excitement. It`s going to be an awesome show, his first full-band performance in Toronto since 2007. He`s great on his own, but the full-band sound is absolutely untouchable.

Lerche keeps releasing albums and I can`t keep up. It`s technically only his sixth full-length release, but if you consider all of the other albums he`s dropped with EPs, he`s probably closer to something like ten.

I am absolutely in love with his new album`s front. My normal instinct with a new album is to hate it, especially if i`m going to have to see them in two days (and they`ll play new stuff galore). But I`m totally feeling this new album, I think this show is going to be pretty spectacular.

… I just stumbled upon a new Air Canada commerical on YouTube, ads galore now and Sondre Lerche was used. They pulled a song off of his much underrated album Duper Sessions.

>Ratatat is an electronic duo from Brooklyn. Comprised by a guitar player Mark Stroud and bassist and keyboardist Evan Mast.

I only had a few moments to see these guys between acts, but I was totally blown away. I heard them a bunch when I worked at the record store, a co-worker really liked them, so consequently, I was subject to the album Classics.

Real fun to watch this video, because when I watched this gig from the back of the tent, I couldn`t really see what was going on. This was my first time seeing these guys live, and I had no idea that that`s all there was going on. It`s sort of hard for me to appreciate a couple of guys noodling to a recording, but it looks like a lot of fun.

>I`m pretty thrilled to see Woody Allen`s new film Midnight In Paris. Beyond the fact that it takes place in Paris, France, I`d just like to point out how creative Woody Allen really is. He has an almost French imaginitive feel when it comes to his writing and direction.

In the last few years, I`ve really taken to French New Wave cinema, real-life films with big imagination and happy excitement. There`s something really lovely about all the old Truffaut and Godard films that have no colour, but are so full of life. Which makes Pierrot le fou all the more exciting, because it had colour.

I just watched the François Ozon film Potiche, or The Trophy Wife. A relatively light film that stars French classic vedettes – Catherine Denueve and Gerard Despardieu. By it`s finish, I couldn`t help but think about how different French cinema is from North American. North American film is so predictable and simple minded. The French have fun, they accentuate the oddities and complexities of life in a way that North American film could never do.

My word on Woody was that he, a New York native, does push the envelope significantly. His films often harp on people`s flaws, he essentially magnifies human flaws. For that, I really love all that Allen does – people are imperfect and make poor choices. I may be so bold to argue that North American film portrays a false “perfect“ image of people. Don`t get me wrong, Allen casts the prettiest of pretty people in his films, but they all have their flaws.

I`m really looking forward to seeing his new film `Midnight In Paris.` Beyond the all-star cast, I look forward to seeing a non-New York Woody Allen film. I swear, I can`t keep up with this man, he`s on a one a year cycle. Film factory.

Also, a cute thing to point out is that on the Woody Allen filmography page, there are three boxes that serve to filter out what his role in the films listed have been. Writer, Director and Actor, the majority he has done all three, Allen truly is an auteur.

It`s also sort of interesting to note, his most recent films he hasn`t acted in. I guess being in your seventies has it`s downfalls…

>Dear dedicated readers (all five of you),

This marks my first official month making mix CDs for those who want to hear something lovely. I will make them as the month ends, as it will reflect what I’ve got my hands and ears on in the last month or so.

It’s been raining a ton here in Toronto, my best friend in the whole wide world pointed out that out of twenty six days, it had rained something like eighteen days. For all this glum, weather I’m feeling pretty good. Spirits are high, as are the song selections of the album.

I’m feeling pretty sixties. My go to music has been all things from the past. This mix is just that sprinkled with a bit of here and now. The most significant, influential purchase of the last month or so has to be the Numero Uno released compilation Eccentric Soul: The Prix Label. Released three or four years ago, this album has got some serious life to it with the release of the Derek Cinefrance film Blue Valentine. Ryan Gosling handpicked the Penny and the Quarters song “You and Me” as he and Michelle Williams’ character’s song in the film. A song that Numero Uno is quite actively trying to find the original artists of to present them with the newly earned royalties. Very unfortunately, Penny and the Quarters have not been found!

If you’d like to receive a copy of the May mix, please email me your mailing address (how ironic!) and I will be sure to send you a lil something in the mail. I can be reached at kimberley.stemshorn@gmail.com

Get excited, this one’s gonna be good.

>Time travel back five years to 2005, Fiona Apple’s beautiful, offbeat masterpiece Extraordinary Machine was released. This was another record store record, I only knew it because it was played over and over to the point where I just bought the damn thing.

Goes to show you can force yourself to like things.

But really, in all honesty, you probably like or at very least remember Fiona Apple’s seductive song “Criminal” which sort of served as her one break the seal hit. I was around eight years old when it was released, Fiona was only nineteen years old! It’s pretty remarkable that a young thing could produce such a sophisticated, mature album.

It’s really funny how you remember these old music videos from a child’s perspective and them come to revisit them years later. Although the music video is near obsolete, I still love it, it serves as a complete companion for the song itself. I need that extended listen.

>Does it get any better than the song “America”? The intro is absolutely stunning, it bleeds real well from the tune before on the album. Can’t really replicate that on here, but you should go out and buy a copy of Bookends because it’s just that good. It’s a cheap find too!