Summer’s over, but lovely music’s still kicking around compliments of the voice of Brittany Howard and the Alabama Shakes. It’s really refreshing to hear women led music that actually rocks. What a voice!

Yet another act I breezed by at Sasquatch!

Ages ago I asked a pal for a song recommendation. He thew this tune, “A Walk” at me.

I really should invest in this album because I’ve listened to it so much. I had the lovely opportunity to see them play Sasquatch! earlier this year. I was completely taken away but I’d see them again now, given the opportunity.

It’s cool to hear it live. Doesn’t really sound any different than their recorded version:

Here’s a setlist I found on the Chromewaves website (http://www.chromewaves.net/concertPhotos.php?concert=national2&id=49). I can’t help but get super sad that I missed all of my favourite bands before when they were a secret. Here’s the set list of that very gig… Berninger writes the first few words of the tunes on the list…

December 8, 2012 I took a risk to go see the National with Neko Case and Wye Oak at the Air Canada Centre. I don’t really care for the ACC, but I had heard incredibly good things about the National’s live show and I adore Ms. Case in every way possible.

After being completely blown away by their performance and the experience of it all, I on a whim bought tickets for one of their week-long residency at the Beacon Theatre in New York. I managed to get a half decent seat about twenty rows back in the orchestra. The seat wasn’t anything impressive, but it was more than I could ask for just a week before the show. In experiencing a show of their tour so recently, I knew exactly what to expect. For the last tune, I bolted to the front to hear their unplugged version of “Vanderlyle Crybaby Geeks.” I know, it’s a ridiculous name but the tune is incredibly infectious.

Here’s a funny video of a clever dude in the crowd who took advantage of the silent bits of the performance of that song. It makes me laugh everytime, hell, even thinking about it. It was a few days before my own show –

I recently started working at a record store here in Guelph and I soon learned that all my coworkers are either indifferent or they completely detest the National. Now, I get it, Matt Berninger’s vocals are a touch weird. Not everyone’s accustomed to a far reaching baritone… But I think it works. In fact, over the last eight months or so I feel deeply in love with the National’s album High Violet. It’s so rare that I am able to connect so whole heartedly with an album from start to finish.

So hot news with the band these days is that they’ll be “opening” an Obama speech come September 1 in Des Moin, Iowa.

I told myself last year that I will go out of my way to see this band at least once a year.

The follow picture is band t-shirt of the National’s tune “Mr. November,” which the band dubbed the President back in 2008.

annnnd look what I found:

I had a slight worry today that my trip would be largely music free. After picking up a copy of the Minnesota weekly magazine Vita.mn, I found posted on the first page was a free S. Carey show who plays drums for Bon Iver, for free in a park. 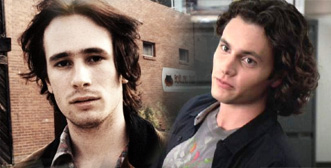 I’m not sure how I feel about biopics. Sometimes, I feel as though it’s a bit of a stretch and perhaps a display of flogging something people just can’t let go of. Perhaps this ain’t such a bad thing for an artist I think is all around, largely unappreciated – Jeff Buckley.

I first became aware of Buckley when I worked at the record store at the mall up my street. He was one of those artists that you’d heard about and were aware of and pretend to know in casual conversation. I quickly bought his album and made sure I knew the bare jist of who he was. I remember feeling distinctly surprised to find that the album had no female vocals, but just a hauntly beautiful falsetto that Buckley perfected. Over the years, I just learned to love the album beyond his bone chilling cover of Leonard Cohen’s “Hallelujah.”

I even got the chills reading this bit from Wikipedia that famous musicians have said about Grace:

“Grace won appreciation from a host of revered musicians and artists, including members of Buckley’s biggest influence, Led Zeppelin.[79] Jimmy Page considered Grace close to being his “favorite album of the decade”.[80] Robert Plant was also complimentary,[81] as was Brad Pitt, saying of Buckley’s work, “There’s an undercurrent to his music, there’s something you can’t pinpoint. Like the best of films, or the best of art, there’s something going on underneath, and there’s a truth there. And I find his stuff absolutely haunting. It just… it’s under my skin.”[82] Others who had influenced Buckley’s music lauded him:[83] Bob Dylan named Buckley “one of the great songwriters of this decade”,[81] and, in an interview with Village Voice, David Bowie named Grace as the one album he would take with him to a desert island.[84] The album eventually went on to feature in Rolling Stone’s 500 Greatest Albums of All Time in 2003, appearing at #303.[85]” (http://en.wikipedia.org/wiki/Jeff_buckley)

I’m pretty amazed to find that Gossip Girl guy, Penn Badgely is playing Jeff Buckley in this film. We’ll see how he sizes up.

If I only had speakers here, I could say a few bits more about this, but here’s a clip of Badgely playing Buckley’s rendition of “Lilac Wine.” The comments read well.

I like Ted Leo, I posted yesterday about and conicidently the Leo’s going on tour this fall. Beyond his rather large sized gig at the Danforth Music Hall in Toronto, Leo tweeted that he’ll be “visiting yr living rooms, basements, punk spaces, and VFW halls.” Classy guy.

I remember swapping stories with a pal about Leo almost playing a gig in a venue near the Flour Barrell in downtown Guelph (or someone that played with Ted Leo). In some way, Ted Leo was associated with.

I like this list for a number of reasons (http://www.pitchfork.com/peopleslist/). I find it interesting to note all of the gaps in the music I listen to as there’s just so much more to get my hands and ears on. I feel a little puzzled to in regards to this list because music taste is so so so so SO subjective and Pitchfork has such a niche taste of music and a surprising eclectic audience. Regardless, this list has very nicely acknowledged some albums that are near and dear to my heart.

The campaign, obviously heavily sponsored by Converse dominated the results page. Very stylish and rather classy. I took the advertisement out in the image above, see if you can spot where… I’m getting pretty good at Paint.