Back in December I bought tickets for an Okkervil River gig on April 1 at the SMALLEST BAR in a city just an hour outside of Toronto.

I cannot even believe it’s April 1 on Tuesday. In two days’ time I’ll be hanging out with Okkervil River and 200 other people (!!!) This is a big, big deal. Here’s a sweet tune to celebrate and hopefully hear on Tuesday:

Because they took the damn stream of the whole album off of YouTube, I finally bought the album.

GET OUT OF MY HEAD, John K. Samson.

Ack, I’m so sorry for such a literal mind connection, but it’s a really great song and it really did make me think fondly of my friend.

I made the huge mistake of letting this video be my introduction to my love of 2014, Angel Olsen. She sounds great, but looks completely flat, enough to deter me from giving her a good first listen.

I’m happy I’ve come around and happy to report, after becoming very familiar with her album, she sounds great live.

I’m hesitant to call this a gush because I don’t feel like I’m gushing over this song, or this album even. This song however manages to pull me in and push me away all within its five minute span. Like most of the tunes on the album, this song is completely boring and there’s nothing really to it, however in the last thirty seconds of the tune they have a sweet jam-like outro that makes the song (and maybe even the album). This album’s certainly not as much as Days, but has more substance than their self-titled album.

This live version sounds weirdly uncanny to the studio version:

More and more I’m starting to like St Vincent’s blond hair. Weirdly growing on me…

There have been a few of the past five Ani songs I’ve posted that I know Ani actually liked. There are others that I’m not sure about, but they either remind me of him, or I just know he’d love.

I first got into González years ago after hearing his name somewhere and very often mixing him up with Canadian pianist Chilly Gonzales. I had even bought his 2007 album In Our Nature over the last two years while working at the Beat Goes On, a fifty off sale binge buy, I suspect. It wasn’t until watching Lucy Walker’s film The Crash Reel back in December 2013 that I felt the need to get my ears on González’s tunes, specially “Crosses” and “Down the Line.”

I’ve since realized that beyond owning In Our Nature, which has the tune “Down the Line” on it, I also own a CD with the tune “Crosses” on it. It’s however not the version I love most, but a later remix of it featured on the Zero 7 album The Garden, more funky, less soothing.

Weirdly enough, I actually prefer the Tiesto remix, as featured in The Crash Reel. There are all kinds of amazing version of the song that are floating around – just a really versatile, gorgeous tune. I’d love to walk you through some of them:

The Grand Budapest Hotel features all of the usual shenanigans that every other Wes Anderson film never forgets to include, but for this film, I particularly enjoyed the cast. It featured a number of people in films that I have enjoyed for the last year. Only the most observant eye would have seen, including Blue is the Warmest Colour’s Lea Seydoux and Inside Llewyn Davis’ Oscar Isaac, who I swear had a split second moment in the film. Sadly, I can’t find a screen shot of it. 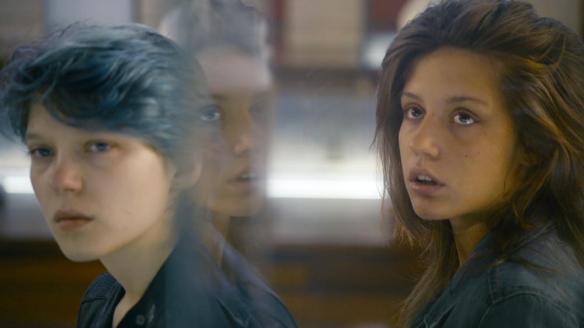 Wes Anderson even created a instructional video on how to make the wonky Dr Seuss-like treats featured in the film:

I got into Tycho three years ago (!!) after hearing a friend’s mix in a car ride, which featured “A Walk.” I was enamoured by the band’s soft, yet complex sound. I spent late study nights listening to the album Dive and sometimes even drifting off to sleep.

I suspect Awake will be just as good to me. NPR’s still got it up, so do feast your ears on it.

Also, sorry to break hearts here, but Tycho’s Toronto gig appears to be SOLD OUT.

Tycho is California native Scott Hansen, who moonlights as ISO50 for his photography and design work. Check out the beauty and thoughtfulness that his new album has taken shape into:

(I’m happy to report, this will probably be one of my few vinyl purchases of the year. Unless the CD version looks like this too!)