This album is everything. Very grateful that Damien Jurado & Richard Swift’s cover of “If the Sun Stops Shinin'” brought me to it. Chubby Checker is famous for the pop hit “The Twist” – happy to report that this album brings so much more.

1971 was a good time. I allllmost wish I could time travel back to live through all the good music.

The opening track is a bold 7:46 long. I can’t think of another album that’s tried that move. 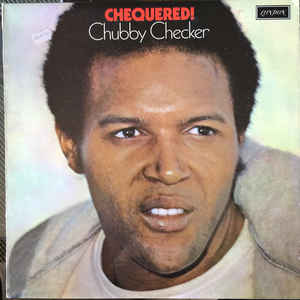 Both Calexico and Iron & Wine seem to be having fun while playing. Both bands can easily be lumped in the docile folk category, but as my music taste matures, I’ve developed a bigger love for Calexico (particularly the album Garden Ruin, which I discovered back in 2009). Calexico’s lead singer Joey Burns sound shares the lushness that Sam Beam has, but with a full band and South American influences on high, has a far more complex sound than Beam/Iron & Wine.

I got to the show a bit late – likely missing the first part of the first song. Oddly, the band started at 8:10pm. An early Sunday show for an adult contemporary crowd and I’m 100% OK with this.

The played two of my favourite tunes – “He Lays In the Reigns” and “16, Maybe Less” at the first part of the set. I felt a swell of excitement when Calexico’s Jacob Valenzuela launched into the operatic sounding Spanish vocals on sweet southern waltz “He Lays In the Reigns”, originally recorded by Salvador Duran. Valenzuela’s delivery was softer and more tender and less guttural, but still gorgeous.

Much as it presents on the new album, they played a new favourite tune “The Bitter Suite (Pájaro / Evil Eye / Tennessee Train)” at the middle of the set. A slow burn tune that flourishes into something pretty epic – as the title of the song suggests. The tune highlights Valenzuela’s amazing vocals. Valenzuela plays such an integral part to the band’s sound, but stays tucked in the corner of the stage. Only entering the spotlight when he occasionally sings and dazzles with the trumpet.

Half way through the set, the band left Beam and Burns on the stage. Burns mentioned that they like to have fun and choose each other’s songs to play. Beam played “Naked As We Came,” while Burns played an old lullaby that Burns’ mom used to sing to him and his siblings of the song “All the Pretty Little Horses”, which I now, looking into other versions recorded, can’t unhear Calexico’s spin on it. It sounds like one of their tunes.

They played tune covers – an unrecognizable Echo and the Bunnymen’s “Bring on the Dancing Horses” and the Flaming Lips’ “Waitin’ for Superman”.

Second show of the year.

The first time I saw Damien Jurado was at Sasquatch! Music Festival in 2013. He took the stage and left after greeting us. You could tell he didn’t want to be there for his 45-minute set. A fan hopped on stage and begged him to come out and play. He obliged and reluctantly played a set.

This time was as bit more upbeat. Comedian Nick Thune hopped on stage in a striped Adidas tracksuit, toque and pink fashion sneakers. He cracked a joke about how he looked like Marvin Gaye playing on a soccer team – still making me chuckle weeks later. He gave the seated audience a rundown of how the night would look – Jurado, followed by a set from Thune and a final set where they play a few covers together.

From the moment Jurado took the stage, I immediately felt the presence of the late producer and musician Richard Swift. Jurado had a small sticker of Swift on his guitar – only someone that knew what Swift looked like would catch. Swift died in 2019 and I felt a real ripple of sadness from the music community. Both Jurado and Thune made albums with Swift and had oddly met for the first time at his funeral.

Interestingly, Swift wasn’t mentioned until the third and final set of the night. Jurado told a few stories about him and told the audience that the last conversation he had with Swift was in Toronto at the very venue we were in last year, a month before Swift’s passing.

Within their cover set they tucked a silly tune Swift wrote and encouraged us to check it out declaring it to be better than what they were about to play us. Thune had co-written the tune, titled “Iron Man” with Jurado – something I can’t seem to find from some light internet searching.

Thune’s comedy was fun and thoughtful. He carefully explains things for a long time and ends with a quick punchline. Lots of dad humour, most of it in great taste, which was pretty refreshing.